I spent four days on two wheels in Rovaniemi. I came here to have some fun on the hard frozen tracks on Ounasvaara with my fatbike. I was also shredding my favorite routs: the off-piste tracks next to the skiing slopes. On the 18 th February I took part in the Rovaniemi66 ultramarathon for the second time.


Once again I rode the 66 kilometer long race with fatbike. I was prepared to return to hell and spend six hours on the track. This year the track was in excellent condition and at places hard as asphalt. It was so much easier than last time. Even the heaviest riders where flying were they last year had to push their bikes.

At the start we took off up the frozen river. The temperature was a nice -6 degrees C. The sun was shining during my whole race and the temperature rose to -3 towards the end of the race. I was riding in the second group. When we turned into the forest and rode uphill the group split. The barely rideable snowmobile track from last year had turned into a plowed road. Last time i had to push my bike down the first downhill. Now I could ride it at a speed of over 30 km/h!

My legs got to rest on the really narrow single track down to the Sinettäjärvi Lake. I bumped into some trees and I did crash a few times. When I fell I noticed that I had lost one of my red rear lights. I grabbed my only remaining light from the ground and put it to safety in my pocket. The red light is one of the mandatory gears, along with a headlamp and a whistle, which you need to carry throughout the race. Finishing without the mandatory gear will result in disqualification.

I arrived at the lake ridiculously fast compared to last time and took on the wind by myself. Now I didn't have to struggle to keep my balance on the hard snowmobile tracks. I was only scanning for the smoothest and hardest line to ride. The leading group disappeared in the horizon and one lonely rider had left behind. I would come to chase his back all the way to the finish.

After the lake the course followed the snowmobile route up another hill. I took the most out of the free speed downhill. After that I arrived at the river. This time I had the sun in my face and the wind in my back. It looked like the competitor in front of me started to get closer. I couldn't catch him and in the finish I was 2 minutes behind him.

I did beat my old time with almost 2.5 hours! This wasn't even an ultra, it was a marathon. I finished as the first woman with the time 3 h 43 min. Five men finished before me. There was a new race record on every distance. In the finish I was still carrying plenty of food and this time I didn't run out of water. 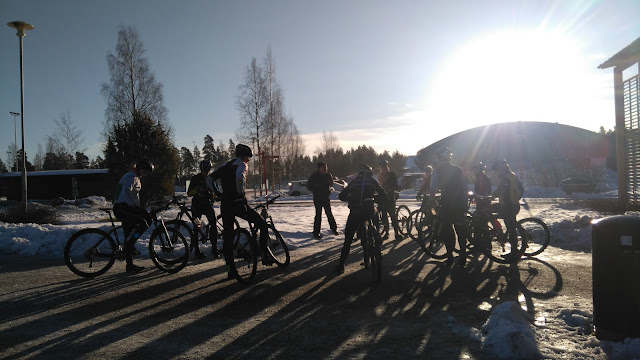 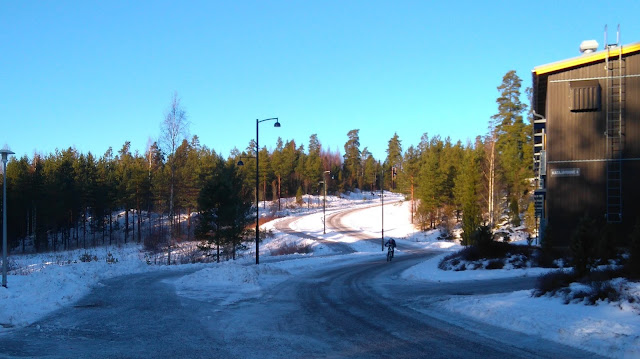 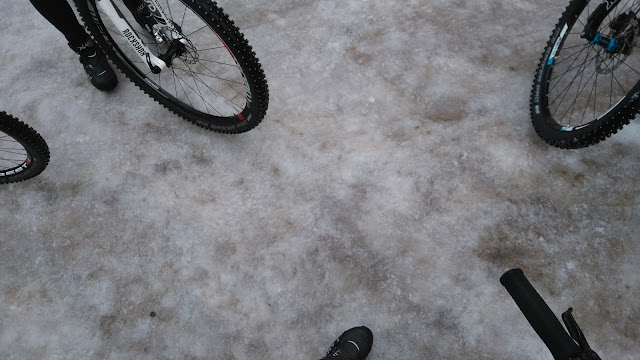 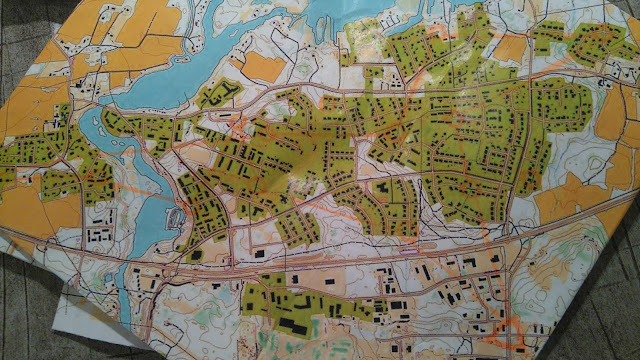 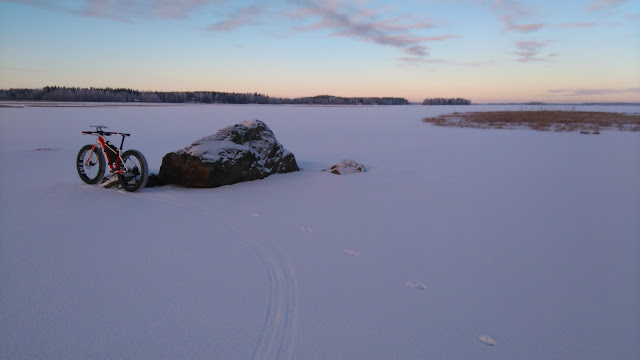